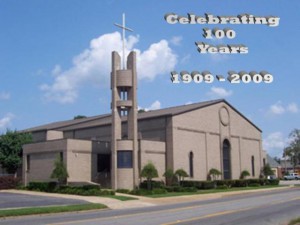 ASSEMBLIES OF GOD HISTORY:  The Assemblies of God grew out of the Pentecostal revival, which began in the early 1900s in places such as Topeka, Kansas, and the Azusa Street Mission in Los Angeles. During times of prayer and Bible study, believers received spiritual experiences like those described in the book of Acts. Accompanied by “speaking in tongues,” their religious experiences were associated with the coming of the Holy Spirit on the Jewish feast of Pentecost (Acts 2), and participants in the movement were dubbed “Pentecostals.” 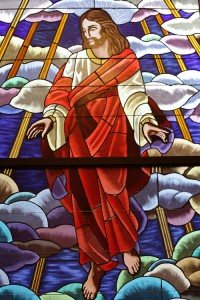 The Pentecostal movement has grown from a handful of Bible school students in Topeka, Kansas, to an estimated 600 million in the world today.Many participants who were baptized in the Holy Spirit during revivals and camp meetings in the early 1900s were not welcomed back to their former churches. These believers started many small churches throughout the country and communicated through publications that reported on the revivals. In 1913, a Pentecostal publication, the Word and Witness, called for the independent churches to band together for the purpose of fellowship and doctrinal unity. Other concerns for facilitating missionaries, chartering churches and forming a Bible training school were also on the agenda.

Some 300 Pentecostals met at an opera house in Hot Springs, Arkansas, in 1914, and agreed to form a new fellowship of loosely knit independent churches. These churches were left with the needed autonomy to develop and govern their own local ministries, yet they were united in their message and efforts to reach the world for Christ. So began the General Council of the Assemblies of God.Assemblies of God churches form a cooperative fellowship. As a result, the organization operates from the grass roots, allowing the local church to choose and develop ministries and facilities best suited for its local needs.

FIRST ASSEMBLY OF GOD – MALVERN:  September 13-16, 2009 First Assembly of God in Malvern observed a 100th Anniversary Celebration. The 4 day “Anniversary Campmeeting Schedule”, hosted by Pastor Jimmy Bobo and church family, included a Sunday morning 100th Anniversary Celebration with lunch served after service, Sunday evening guest speaker, Monday evening Singing and Testimonies from former Music Pastors, and Tuesday evening and Wednesday evening guest speakers. Sunday morning guests included former pastor Rev. Larry Moore – Superintendent of the Arkansas Assemblies of God, Malvern Mayor Steve Northcutt, and speaker Dr. George Wood – General Superintendent of the Assemblies of God; Sunday evening guest speaker former pastor Rev. Don Nordin; Morning evening singing and testimonies from former Music Pastors; Tuesday evening guest speaker former pastor Rev. Tony Burrow, and finalized on Wednesday evening with guest speaker former pastor Rev. Larry Moore. A booklet was given out Sunday morning that included the week schedule, a letter of greeting from Arkansas governor Mike Beebe, greetings from former pastoral staff who were not able to attend – video greetings were played during the Sunday morning service, a list of former and current senior pastors, the church’s history, a list of the first elected officers to First Assembly of God, and list of the current Pastoral Staff, Deacon and Trustee Boards, and Church Secretary/Treasurer. A hard copy book sharing the history of First Assembly, by words and photos, titled “A Century of Faith” was prepared by current pastor’s wife Kathy Bobo, that could be ordered online. A copy was given to the local Hot Spring County library to be used in their genealogy section. The last page in the book included the words “Now, 100 years later, Pastors Jimmy and Kathy Bobo, the Ministerial Staff, Board, Trustees, and Congregation of First Assembly of God are looking to the future for what great plans God has in store for us. The best is yet to come!”